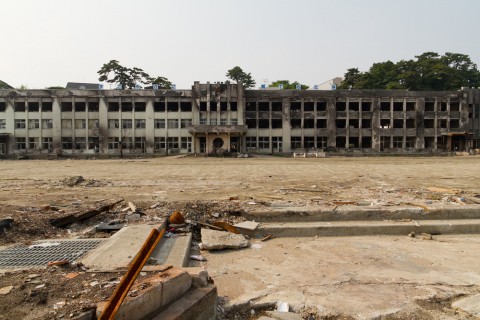 Kadonowaki Elementary School, Ishinomaki City.
Everything in this school was leveled and burned. Diplomas that were left unburned in a fireproof safe in the principal’s office were handed out at the graduation ceremony. 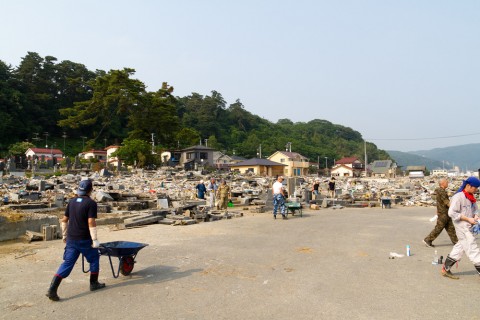 A group engaged in cleaning graves near the school.
They told us they were priests from Osaka and had been volunteering to clean the graveyard of Shoho Temple. Ordinary volunteers are reluctant to do this job because it requires treating bones that have been buried under collapsed graves. The graveyard is so large that many parts are still to be cleaned even after the week-long live-in effort of these priests.

View with Ears -The North Side of the Old Ishinomaki Saint John the Ap..

Looking out to the ocean from Mt. Hiyoriyama, a winding blue line spread along the Old Kitaka...

At the entrance of the Ishinomori Manga Museum, which has been closed since it was damaged by the di... 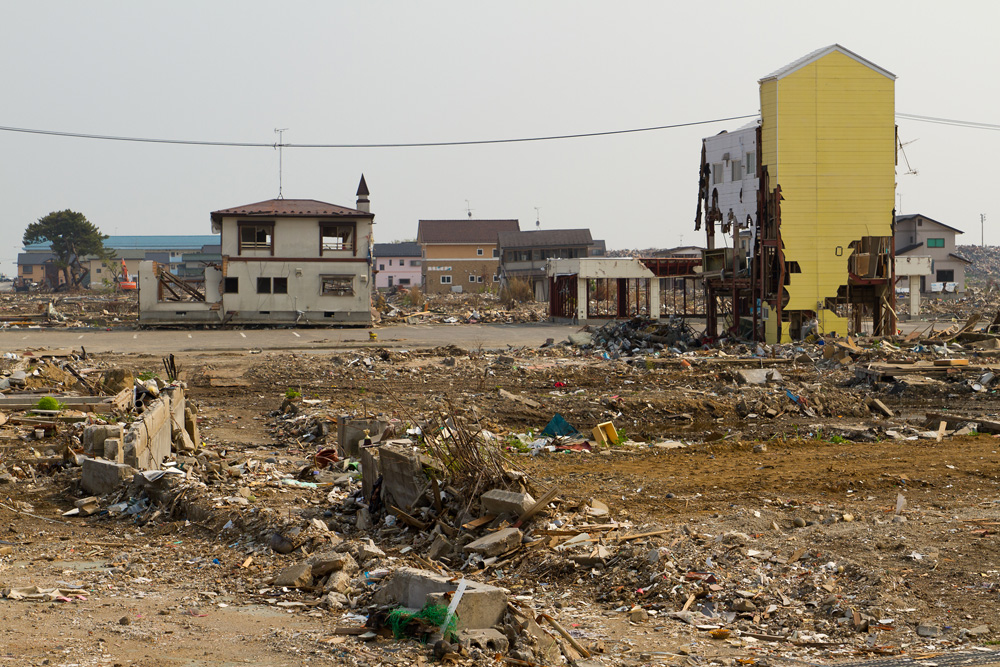 I heard a regular whistle sound as I was driving through Ishinomaki. A police officer is stan...