The scene in front of Rikuzentakata Station

The scene in front of Rikuzentakata Station (photographed on July 21, 2011)

The voice of the car navigation system said, “The destination is around here. The guidance will finish.” The scene was desolate. The destination that I had set was Rikuzentakata Station. Looking around, I couldn’t see the station building, so I got out of the car and began walking. I saw the rail tracks in the sand and weeds growing thick. However, the rail tracks ended just a few dozen meters ahead. I recall the time I walked slowly looking at the pile of debris, at plants that were producing flowers in the same manner as last year even though they were covered by salt water, and at the ground covered in fragments of memories and recollections. 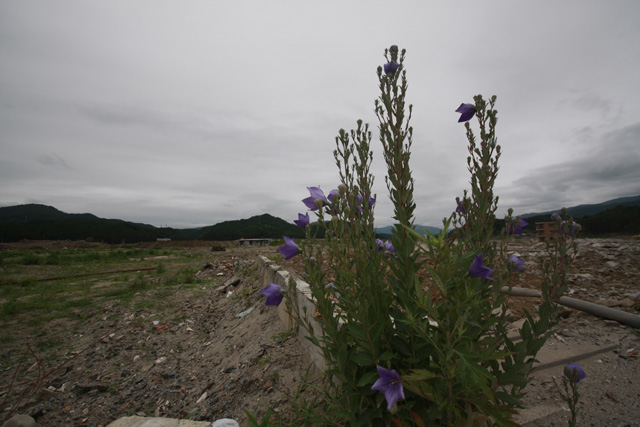 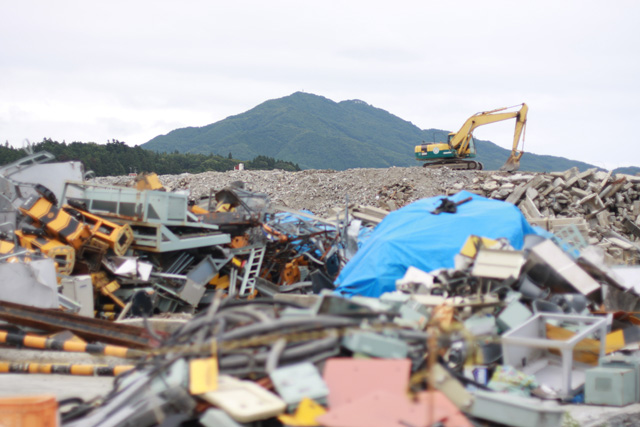 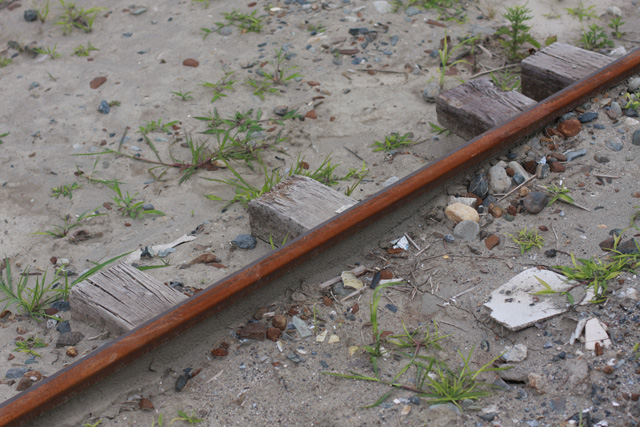 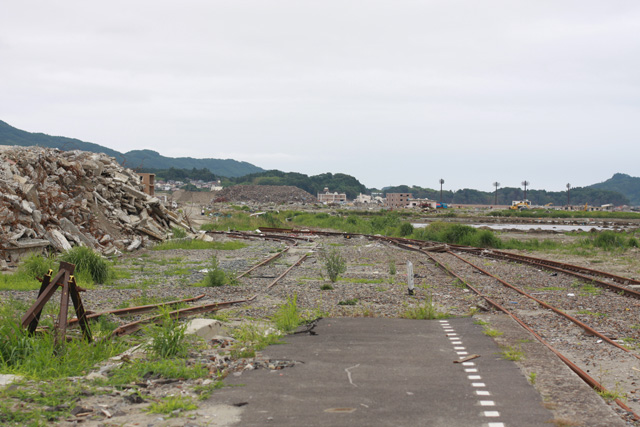 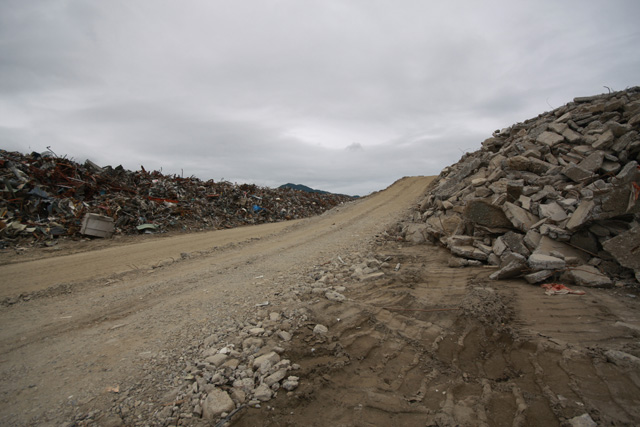 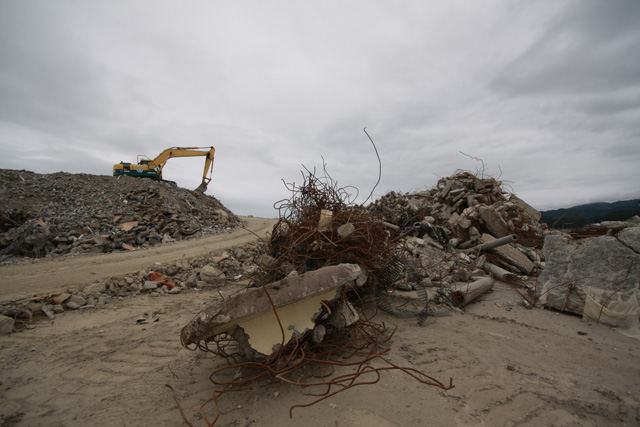 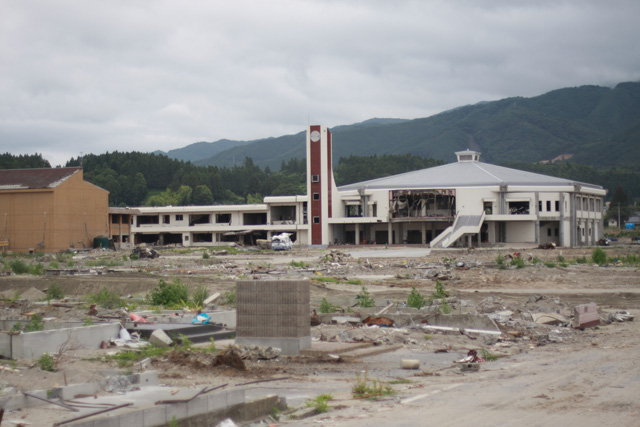 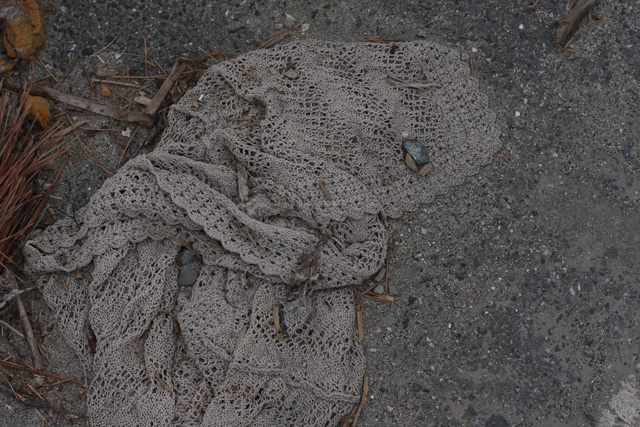 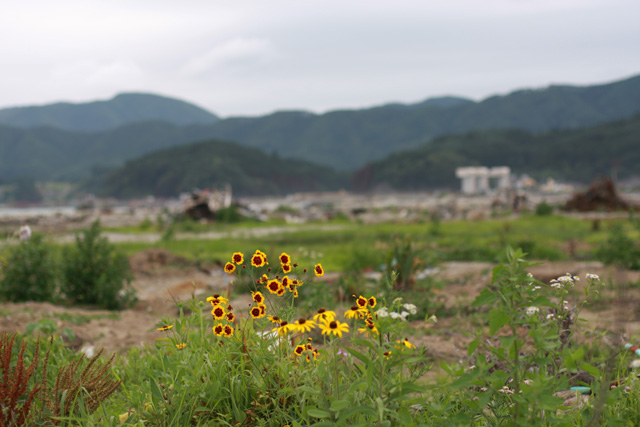 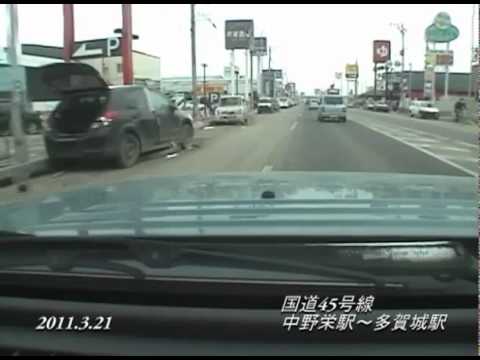 The Route 45 from Nakanosakae Station to Tagajo Station filmed on Marc.. 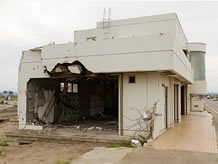 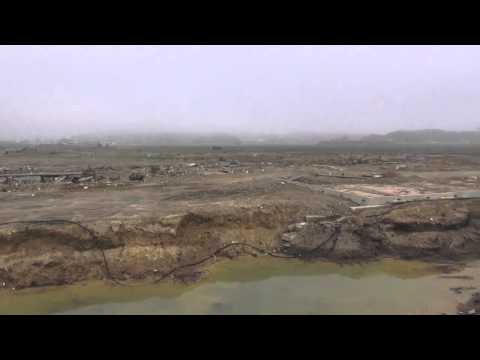 A record of Sakamoto Station in Yamamoto, Watari district, Miyagi two months and 22 days after the e...