Looking out over the sea from Mt. Hiyoriyama.

The photographs were taken in April (top photo) and June 2011 (middle photo) and January 2012 (bottom photo). 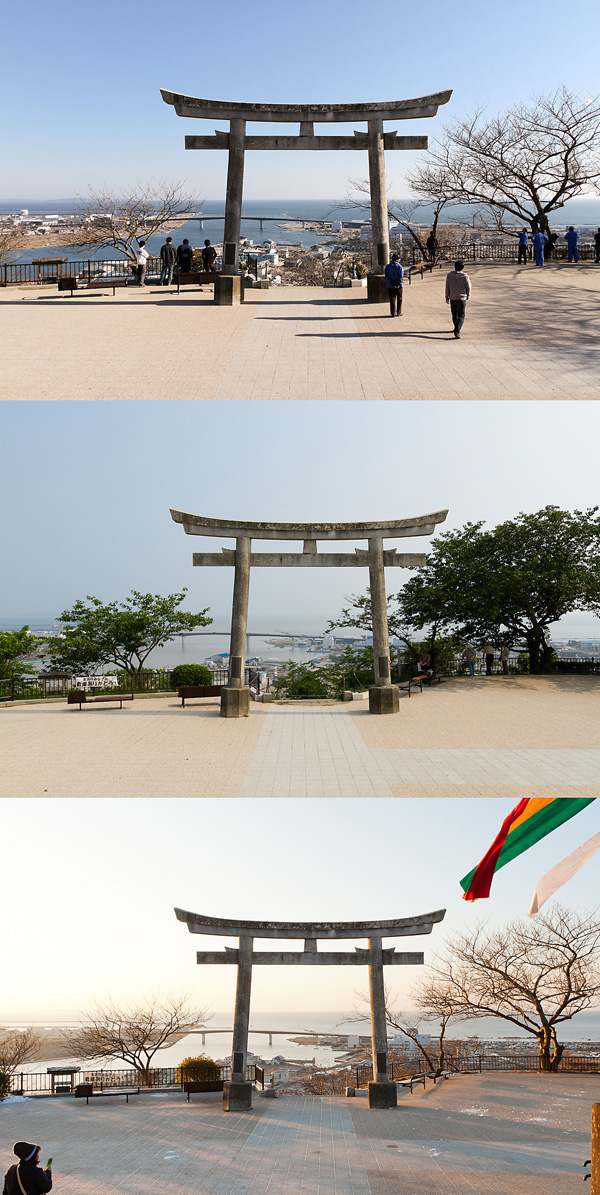 Looking at Kadonowaki area from Mt. Hiyoriyama (on the right-hand side in the picture above).

Compared to early April when I first visited here, the town is considerably more organized. The debris has been collected on the coast, and sludge removed. Most of the damaged buildings have been taken down, and only the foundations remain.
The road near the sea is covered by water, probably due to land subsidence. I see newly built utility poles.
I learn that the Kadonowaki area is designated as an Urban Disaster Recovery Promotion Area, so with permission certain buildings can now be built. What will this area look like in a year or ten years’ time? 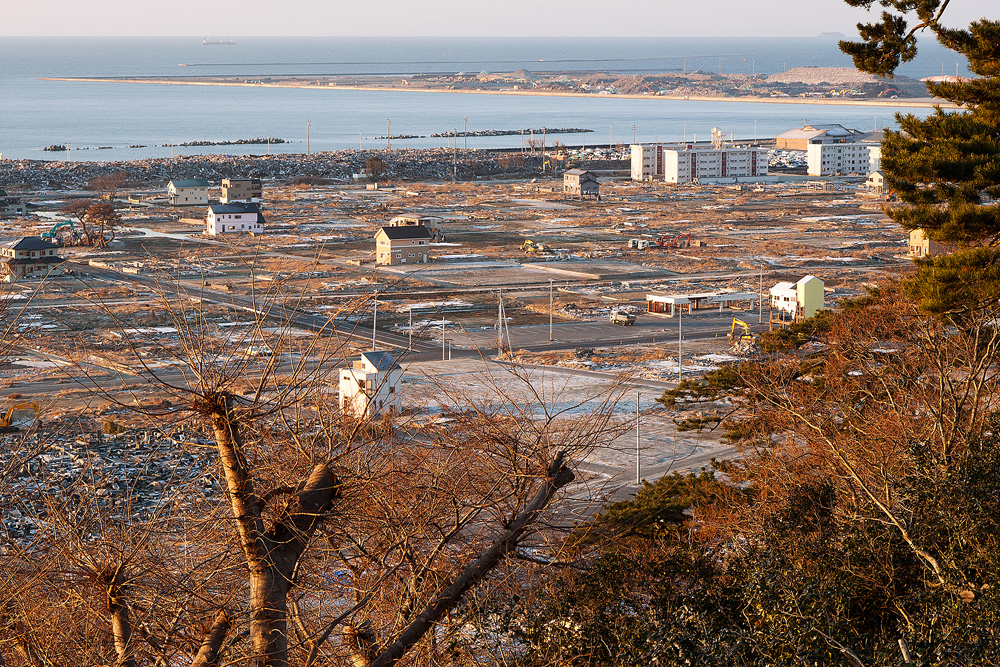 Near the mouth of the Old Kitakami River. 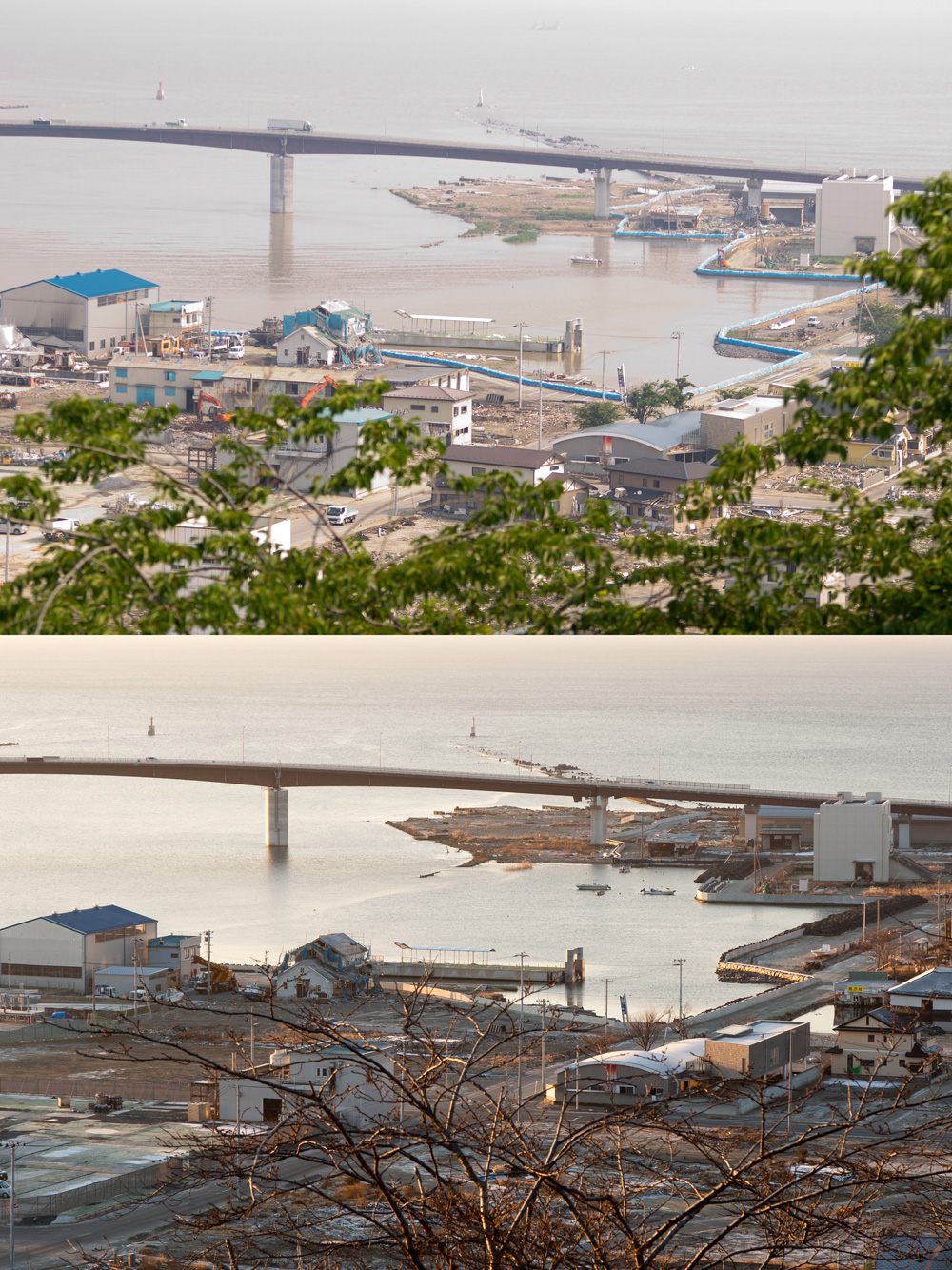 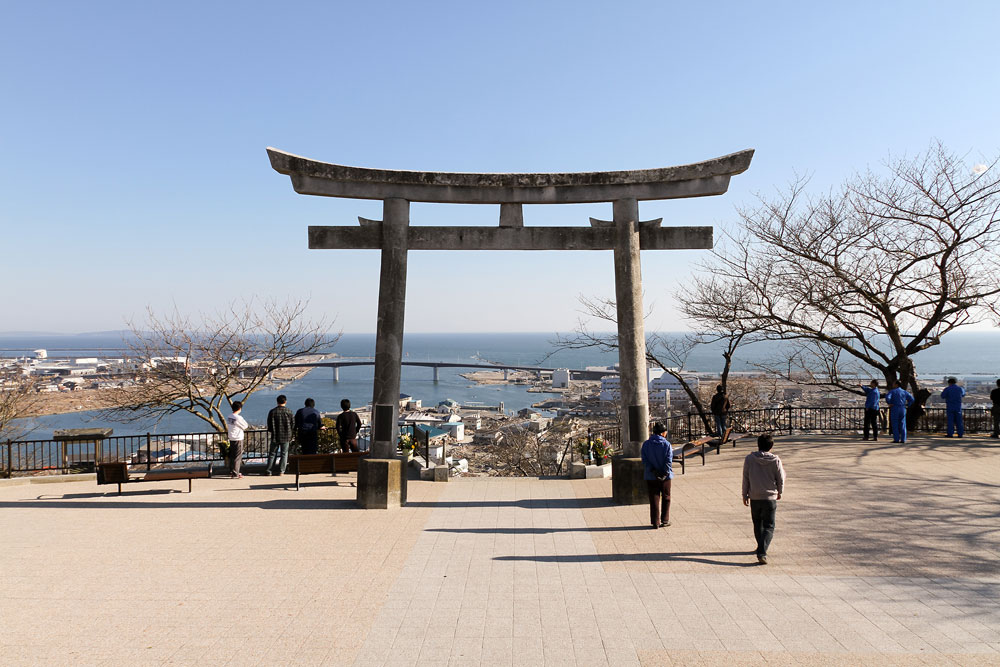 Climbing Mt. Hiyori in Ishinomaki, and looking out to Ishinomaki Port from a torii (Sh...

View with Ears – The South Side of Hiyoriyama Park, Ishinomaki